We've put some small files called cookies on your device to make our site work. We would also like to use analytical cookies to understand how our site is used and improve user experience. Analytical cookies send information to Google Analytics.

Let us know your preference. We will use a cookie to save your choice. Before you make your choice you can read more about our cookie policy.

Tell us if you are a carer 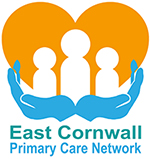 Chris is a Registered General Nurse who has a Diploma in Professional Studies (District Nursing), a BSc (Hons) Nurse Practitioner as well as an MSc in Health Care (EXON). Chris has previously worked as a District Nursing Sister for 8 years prior to moving into General Practice in 2004. She is able to prescribe and works 3 days a week as part of the on call team.

Warren has a BSc ( Hons ) in Nursing and has had a career in Accident and Emergency and the Medical Assessment unit since 1996. He became an Advanced Nurse Practitioner 6 years ago, initially working in the Emergency Department, then Minor Injuries and moving to General Practice in 2017. Warren has continued with his education specialising in acute medicine and is working towards an MSc. Warren works as part of the On Call Team 4 days a week and is a non medical prescriber.

Wayne initially trained as a general nurse in the Royal Navy, and has practiced in emergency and acute care settings internationally. After gaining his BSc practitioner qualification he has maintained his focus on acute care and has worked in a number of leading UK hospitals and primary care settings managing injuries and ailments alike.

Chrissie has a BSc (hons) in Adult Nursing and has completed a MSc in Advanced Professional Practice. She has worked predominantly in acute cardiology and high dependency care before joining general practice. Chrissie is able to prescribe and enjoys all aspects of medicine with a particular interest in chronic disease management and acute care.

You have unread news items (3)